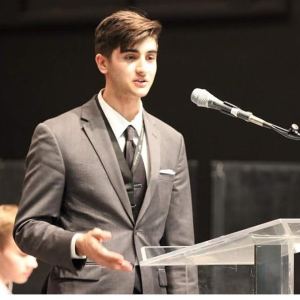 After homeschooling my nine kiddos for 32+ years, one of my regrets is not getting involved with a speech and debate club until my 5th child was in high school. We homeschooled co-op style, using unit studies, and we required our children to give presentations weekly and, as a consequence, my children developed public speaking skills. My oldest daughter even won a state-wide speech contest in high school and received a $1,500 scholarship. But debate? We didn’t include debate until a Christian, homeschool speech and debate conference came to our town and I attended a session on the importance of teaching debate skills.

Prior to this, several of my friends had traveled out-of-town to attend one of these conferences and, upon their return, they would say, “Pat, you need to get to one of these conferences.” I should have listened to them. But I didn’t. Finally, the conference came to our town and I signed up to attend along with the oldest child at home at that time. To say that I was blown away would be an under-statement. When I attended the workshop for parents I quickly became convinced that this was something we had to add to our children’s educational experience. I found out the students would learn how to:

That’s a short list. Students gain so much more during their involvement with speech and debate. What they learn about current events, history, politics, government, the world around them, and more cannot compare to textbook learning. The ability to begin, carry and hold conversations regarding important issues is a huge benefit (and a skill not often seen honed by teens).

There are several Christian homeschool debate leagues and clubs. Some homeschoolers choose which league to compete with yearly depending on the speech opportunities and the debate resolutions (those change each year to a certain extent). Other students choose a league (and a club) and stick with it throughout high school. And, there are students who compete in multiple leagues. The top homeschool leagues are STOA, the NCFCA, and ICCI.

During the fall teams study, prepare, practice and attend practice tournaments. In the winter they begin seriously competing at events. By the spring the top notch students have qualified for nationals and then in late spring, or early summer, they compete at a national event. 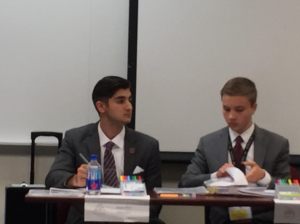 If you have never been involved in speech and debate then I would highly recommend you either visit a club or volunteer to be a community judge at a tournament (or both)! If you live in an area where there are no clubs near by, it may be worth traveling to find out more so that you can start your own club. Becoming a part of a speech and debate club became a non-negotiable parental mandate in our home. As mentioned above, I did not not require my children compete unless they wanted to, but if had to do it over, I would probably make competition a requirement, at least for one year. (And, from what I hear, most students who compete, rarely discontinue competing.)

Look up the speech and debate leagues mentioned above and check to see if there is a club close to you. Consider traveling out of town, if necessary, to be a community judge at a competition. If that doesn’t convince you to have your students join the speech and debate world, I don’t know what will!